Between 2006 and 2014 Mr. Dahaim served as Deputy Manager of Foreign Trade Finance Operation, Manager of Treasury and Foreign Relations and Manager of Treasury and Foreign Relations at ALWAHA Bank Tripoli, Libya. He also severed in the National Military Service of Tripoli Libya prior to which he was an accountant Daewoo Corporation located in Tripoli Libya and then moved to ALWAHDA Bank from 1998 till 1999. 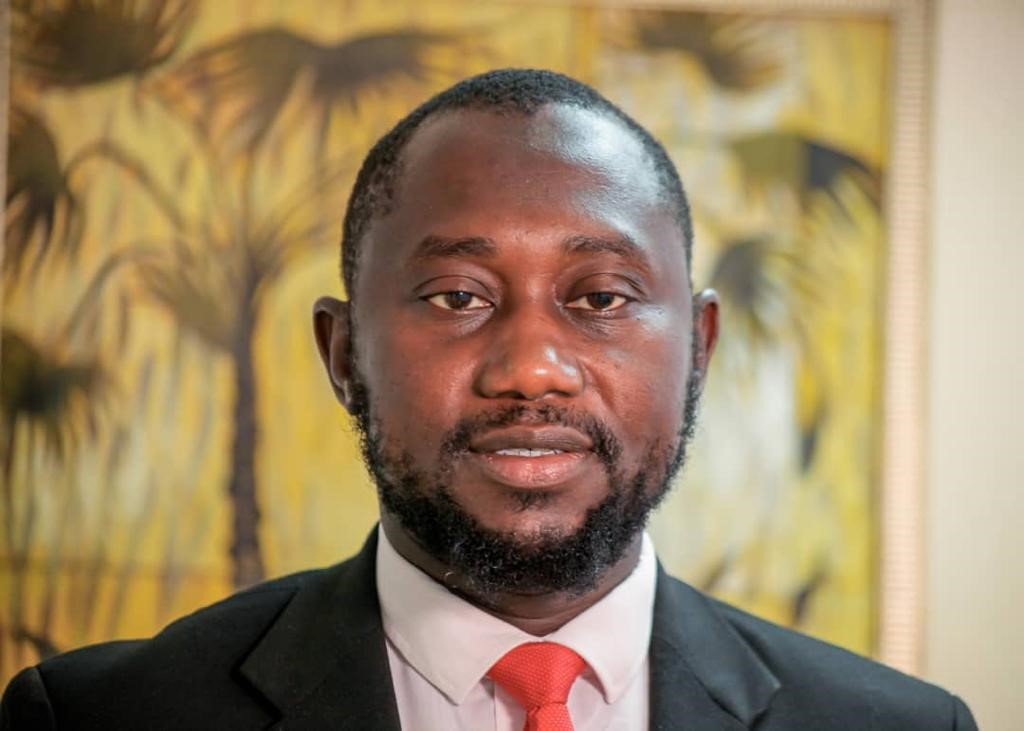 Mr. Mustapha Samateh currently serves as Deputy Managing Director and Executive Board Member of BSIC Bank Gambia ltd. Prior to joining BSIC bank, he served for four years as the Director of Public Private Partnership & Public Enterprises at The Ministry of Finance and Economic Affairs. During this time, he formulated  a comprehensive National Policy on Public Private Partnerships in The Gambia; Pioneered the Directorate of Public Private Partnership & Public Enterprises for the Ministry of Finance and Economic Affairs; and represented the Permanent Sectary at the Boards of several State-Owned Enterprises including Gambia Ports Authority (GPA), Social Security and Housing Finance Corporation (SSHFC), Gambia Radio and Television Services (GRTS). He led the implementation of the government of the Gambia Public Enterprise Reform Program working closely with World Bank and other stakeholders. Mr Samateh led the team that formulated and issued (for the first time in Gambia) a Code of Good Corporate Governance for SOEs in the Gambia and trained more ninety board members on Good Corporate Governance with funding support from the World Bank.

Prior to his appointment at the Ministry of Finance and Economic Affairs, he worked for seven years at the Central Bank of The Gambia as a Financial Sector Regulator.  During this time he served as a Member of the Procurement Committee that procures goods and services for the bank including the national currency, the Dalasi.  Mr. Samateh was appointed as Advisor by the Governor of Central Bank of The Gambia to different commercial banks including BSIC bank Gambia ltd. He successfully ensured completion of the Prescribed Bank Restructuring Programs by working closely with the board of directors and senior management.

Mr. Samateh recently concluded an Executive Education Program with Harvard University and was awarded a certificate of completion for the Implementing Public Policy Program, John F. Kennedy School of Government at Harvard University, Executive Education. He is a holder of  Master’s degree in Finance and Accounting from London South Bank University (UK) and a Bachelor’s of Science degree in Accounting and Business Finance from University, of West London (UK). Mr. Samateh is also  a Certified PPP Professional (CP3P) at the Preparatory and Foundation level. 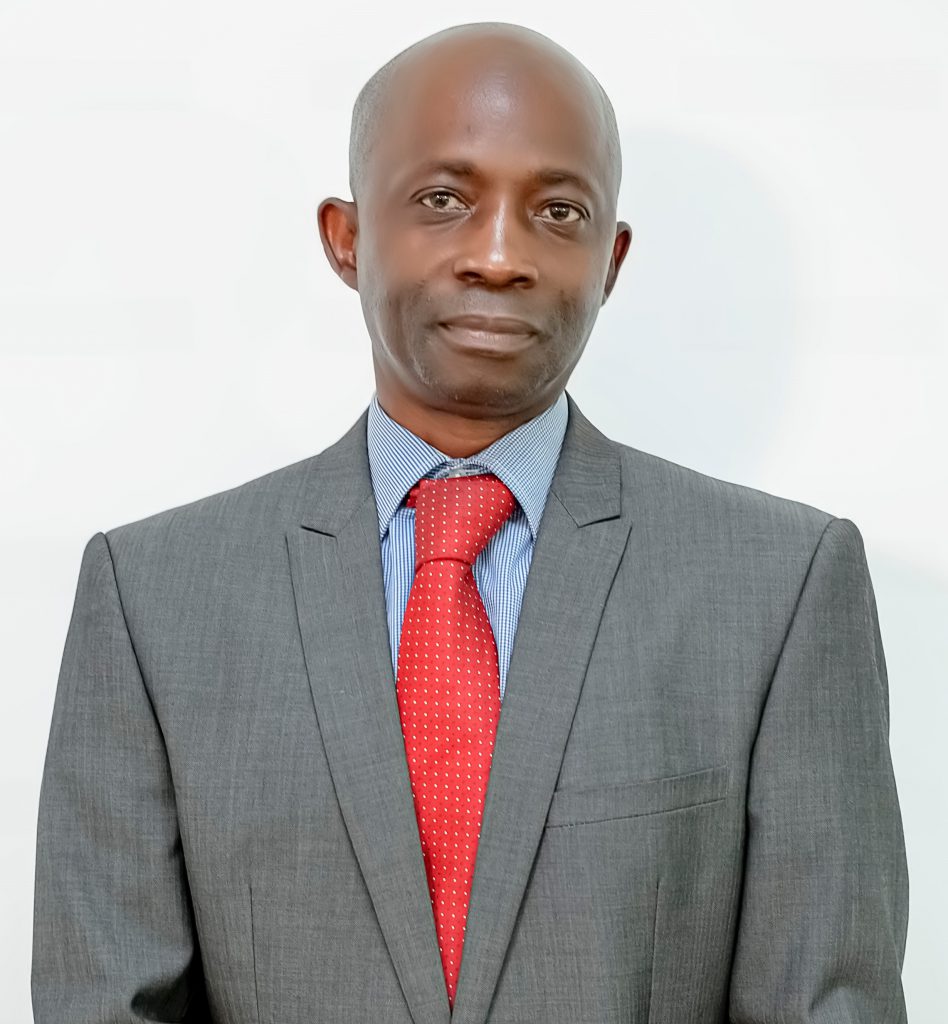 Mr. Alieu Awe, a Fellow of the Association of Certified Chartered Accountants (FCCA), UK and holder of a Post Graduate Diploma in Business Administration, University of Liverpool was appointed Director of finance in 2020. He is a seasoned banker with over 20 years of financial management, business operations and risk management experience. He also has extensive experience in consultancy and has served various organizations in such capacities as;

Prior to his consultancy engagements, Alieu was the Director of Finance and Administration for sub-Saharan Africa at Global Voice Group SA, Cape Town, South Africa. He also has extensive banking/financial institution experience, gained from working at senior roles for various organizations such as:

Alieu also has external auditing experience working at Deloitte which exposed him to various audit assignments of clients from a wide range of industries. 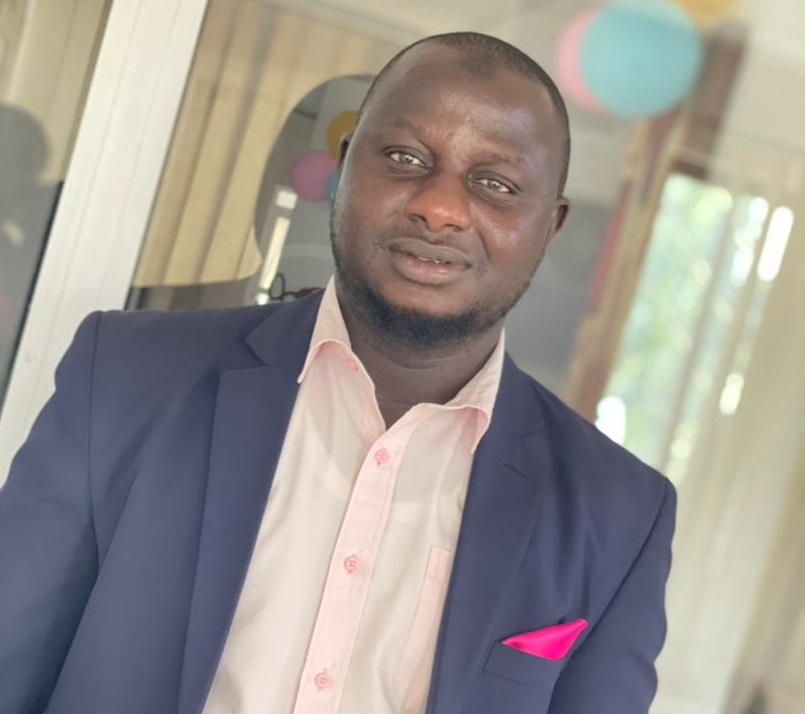 Mr. Sanyang is a Cisco Certified Network Associate with certification in Windows and Linux operating Systems and also certifications in computer and network security. He has attended numerous trainings in Gambia, Ghana and Nigeria on Core banking platforms, SWIFT, Clearing platforms and as well as leadership trainings. He is also a certified ISMS lead implementer on ISO 27001 with a knowledge in Payment Card Industry Data Security Standard (PCIDSS).

After successfully completing his senior secondary Mr. Sanyang proceeded to Gambia Technical Training Institute where he completed a three (3) year Electronics Engineering programme and attained City & Guilds certification. Mr. Sanyang is a holder of Bachelor of Science degree in Banking & Finance from the University of The Gambia and a Master’s in Business Administration from University of Nicosia, Cyprus 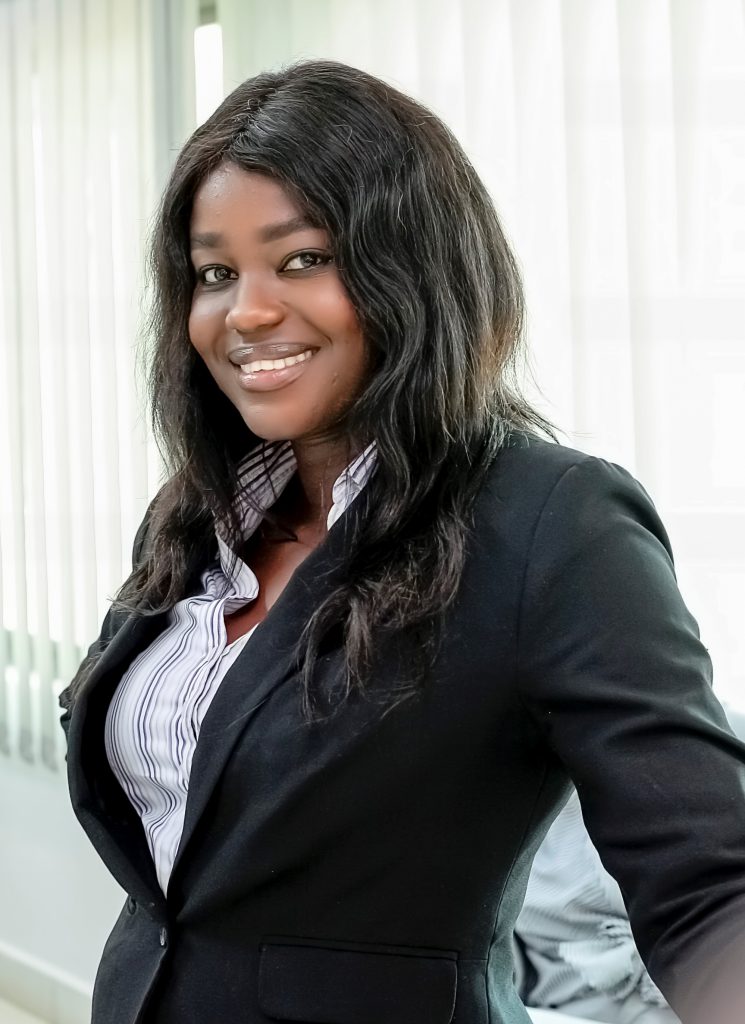 Mrs. Abisatou Manneh Samba a dynamic and ambitious lady currently pursuing her Master’s Degree in International Relations and Diplomacy at the University of The Gambia, holds a Bachelor’s degree in law (LLB) from the University of London, an Extended Diploma in Human Resource Management, from Central Sussex College (2013) and an Extended Diploma in Dispute Resolutions from Central Sussex College, London United Kingdom (2014).

Prior to her employment as Director of Marketing with BSIC bank Mrs. Samba worked as an Employee Relationship Specialist in London before returning to her home country the Gambia and then gaining employment with Access bank in 2017 as Human Resource Officer and then as Head Corporate Communications during which period she was also head, Retail Banking Group 4 (2017-2018) before being promoted as Head Customer Experience & Corporate Communications.

In her quest to broadening her experience in human resource management Mrs. Samba moved to Food Safety and Quality Authority in 2019 as Admin and HR Manager for a year before finally joining BSIC Bank.

Mr. Modou K Touray in his quest to serve his country worked as a part-time teacher at Nemasu Senior Secondary School between March 2005 – January 2007 before starting his banking career with Guaranty Trust Bank Gambia Limited in their Domestic Operation Unit from February 2007 to August 2008, he then moved to Oceanic Bank Gambia Limited in September 2008 as a Funds Transfer Local Officer before being promoted to Foreign Operations (Trade Support Unit). 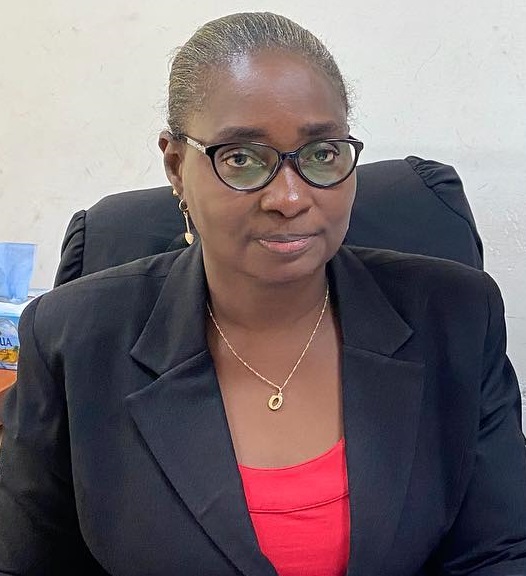 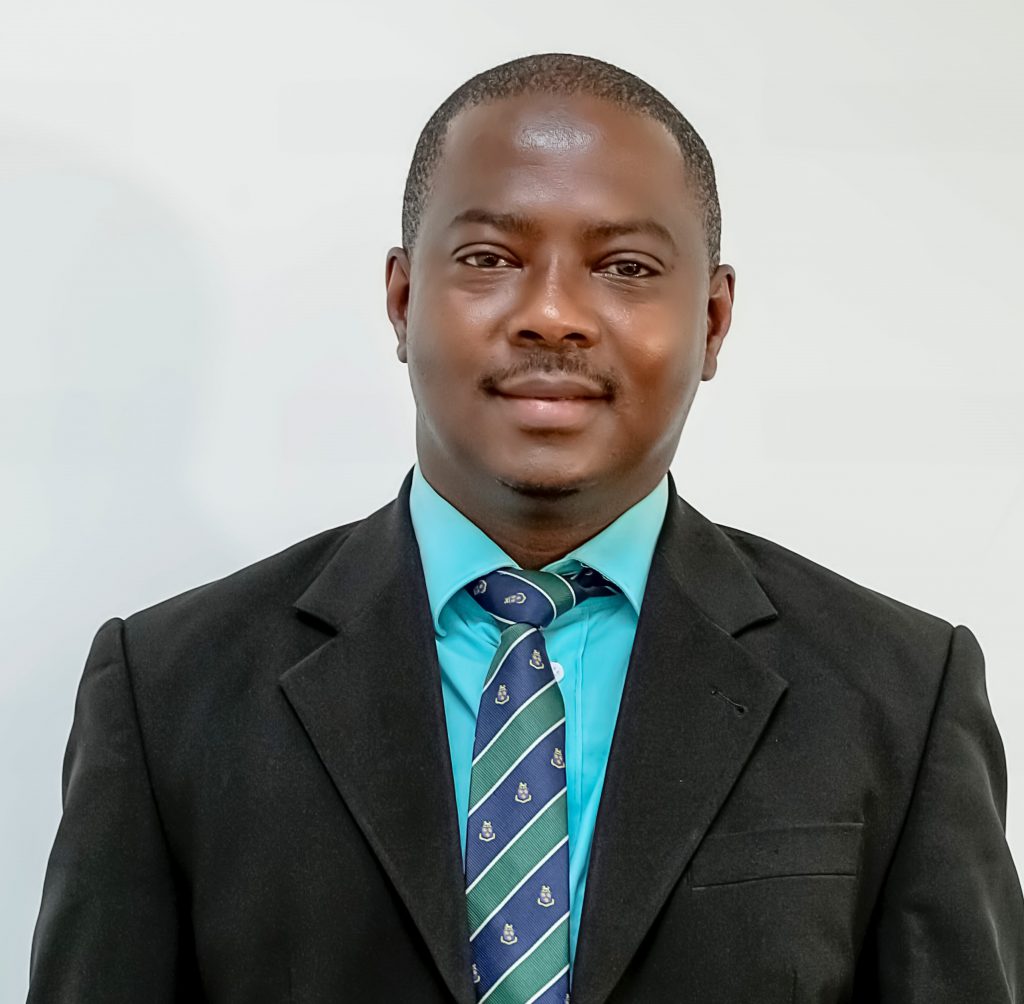 Prior to his employment with BSIC bank Mr. Joof worked as a Freight forwarding and Shipping officer at Transit International Expedition, and then as a Banking Officer in the Credit Admin Dept at Access Bank Gambia Ltd, before finally joining BSIC bank in 2009 in a newly created Unit within the Credit Department as a Portfolio Manager. He was later made Head of Portfolio Department and then Head of Human Resources and Administration. in 2011 he was again made Head of Portfolio up until 2013 before being promoted to Head of Credit Admin Unit and later on as Director of Credit Department. 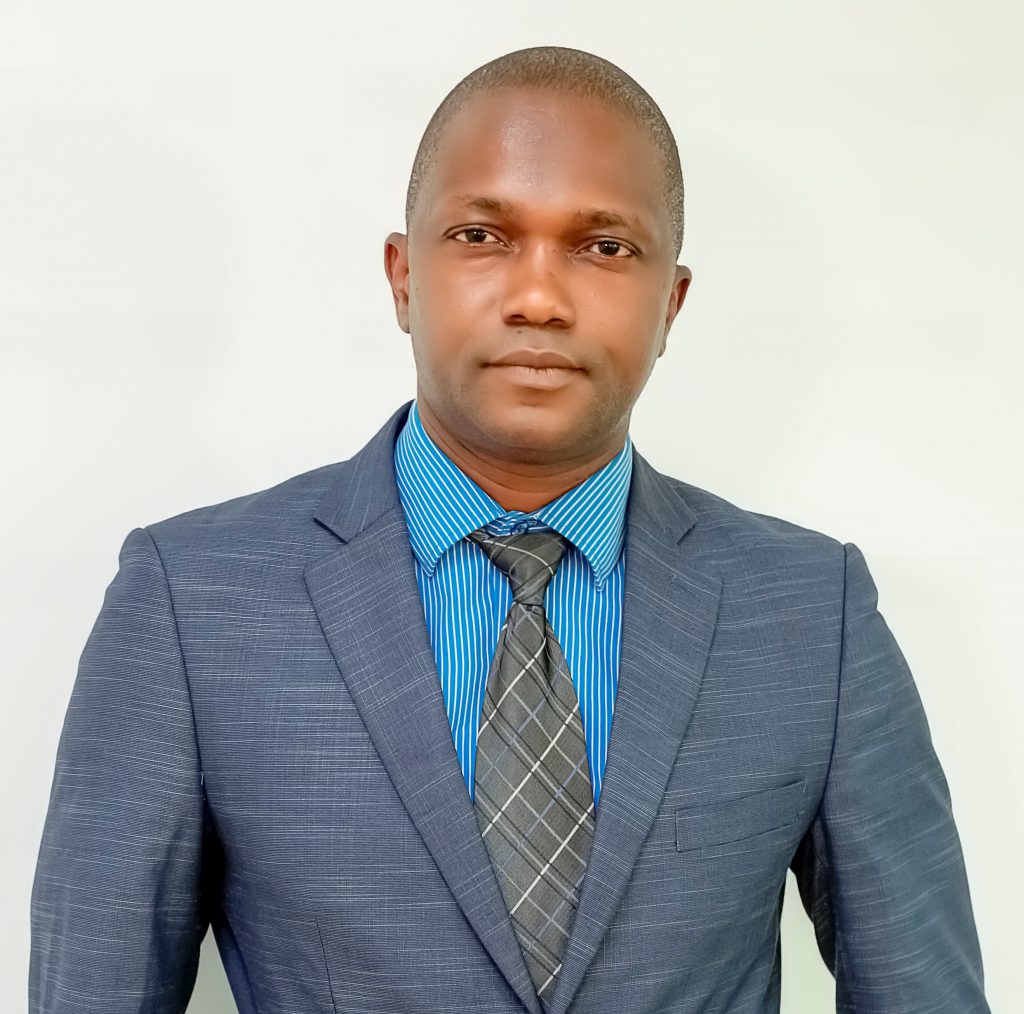 Mr. Alhagy Sasuna Samba is the Director of Risk and Compliance. He is a seasoned banker with almost 20 years work experience (19 years in Finance and one year in Risk Management). Mr. Samba started his banking career with FIBank limited as Assistant Finance Manager prior to which he served as Chief Accountant with Tafbel Hotels Gambia Limited before joining BSIC bank. Prior to his current role with the bank, Mr. Samba served as Finance Manager between 2009 to 2013 before emerging as Head of Finance from 2013 to 2019.

Mr. Samba has undergone extensive training on IFRS9 and IFRS16 and has played a very significant role in BSIC bank Gambia ltd IFRS transitions as he worked closely with consultants to develop an IFRS16 model for BSIC Bank Gambia Limited. 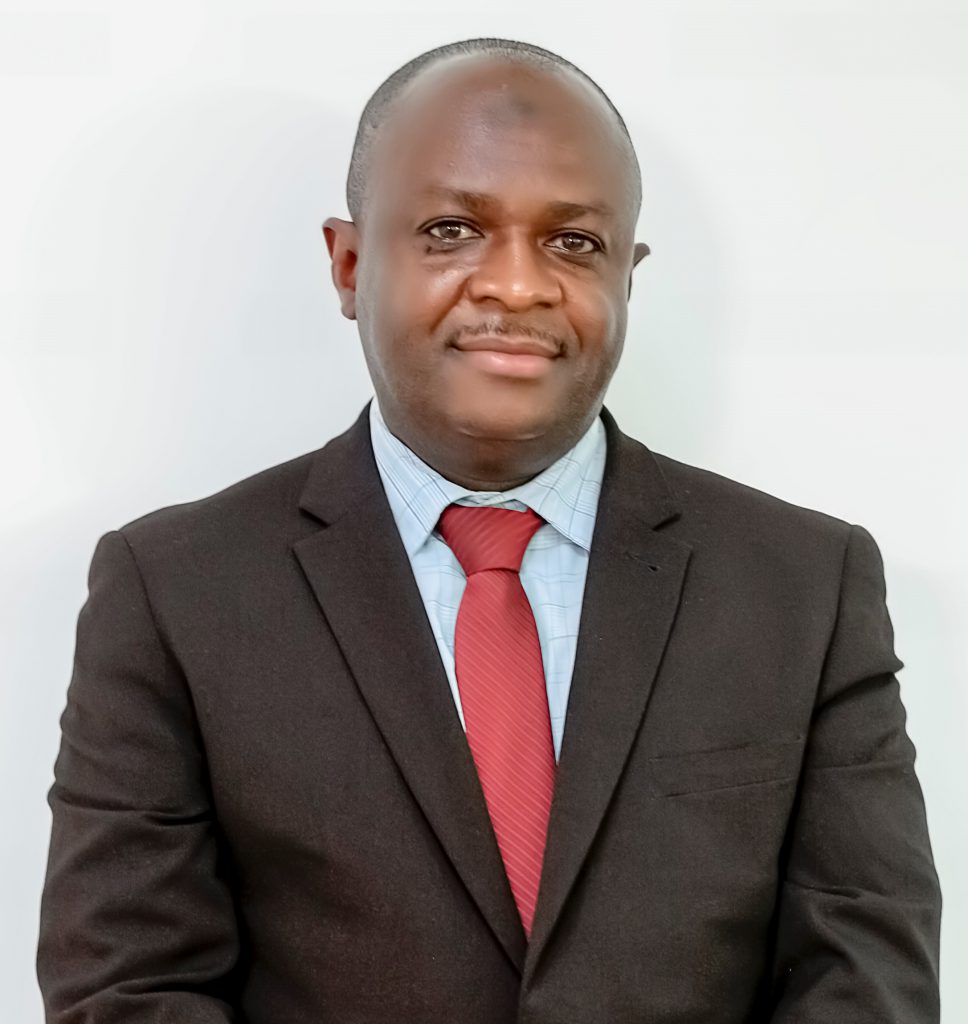 Mr. Kijera further went on to acquire a Certificate in IT Basic skills on Microsoft Word, Microsoft Excel, Windows file Management and Introduction to Computer Maintenance and a Diploma in (Operating Systems Technology, Networking and Communication, Pc Maintenance and Repairs).

He also holds a BHA in Human Resource Administration and a Post Graduate Diploma (Mastery on Business Law) both from Cambridge International Collage.

Prior to his employment with BSIC Bank Gambia Limited, Mr. Kijera worked as a Nurse Assistant at Bethany of The Northwest, USA for some years and also served as Bursar at Tahir Sen. Sec. School for 4 years before starting his banking career with First International Bank as Head Teller in 2006. Mr. Kijera finally moved to BSIC Bank in 2007 as Supervisor, Local Operation Department, before Acting as Head, Local Operation Department, and later Acting as Head, Marketing Department after which he was later officially promoted as Head, Local Operations Department. Mr. Kijera was later redeployed to BSIC Gambia Banjul branch as Branch Manager. He was again given another portfolio as Head of Returns and Analysis Unit and then finally as Director of Administration and Human Resource Department.